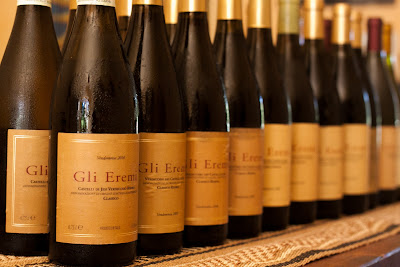 "Corrado Dottori is one of the main protagonists in the cru debate surrounding fine Verdicchio. He gave up a job in Milan to return to Cupramontana to take over the 3 ha of vines his grandfather left him, one, more than 30 years old, in San Michele and two in San Paolo. Not entirely a bianchista, Dottori also produces a red wine made from Montepulciano, Sangiovese and Cabernet Sauvignon. But it is clear that Verdicchio is his baby, and the one that gets the most attention is the Gli Eremi single-vineyard bottling.

The Dottori famliy is very much part of the historic fabric of Cupramontana. Right in the middle of this hill town on the main street is the family's home, an impressive, charmingly chaotic patrician house which, from the outside, hides the fact that the wines were once made in cellars hewn out of the tufo rock underneath the house. Dottori is active in the local government of Cupramontana and as part of this role is one of the instigators of vineyard research, which focuses on soil, exposition and altitude, and which resulted in the first map of Cupramontana. It should eventually open the way to a vineyard classification.

Dottori's own 'cru', the Gli Eremi, is made without any concession to commerce and divides opinions. Dottori tends his vineyards strictly organically while applying biodynamic elements, notably the famous cow-horn preparation. To Dottori, organic viticulture is just a tool which allows the vineyard to produce grapes without any distortion - to express itself as directly as possible. Dottori also wants the resulting wine to express the vintage without any fine-tuning. For the Gli Eremi, this means a brief maceration on the skins for about 10% of the grapes for four days, and fermentation triggered by indigenous yeast, which are given a head start by a pied de cuve he adds to the tanks. After fermentation, the wine stays for 6 months on the lees in oak, followed by 6 months in stainless steel for a natural stabilisation, and 6 months in bottle before release. The Gli Eremi is rock-solid Verdicchio, and a formidable cru, but with an embarrassingly modest price tag.

La Distesa, Gli Eremi 2010 Verdicchio dei Castelli di Jesi Classico 17 Drink 2013-2018
The savouriness and minerality of Verdicchio, but much more brooding and certainly not sweet. Fantastic tactile impact on the palate with acidity built like bricks. Very linear and direct and not polished at all. Very young. (WS) 13.5%

La Distesa, Gli Eremi 2008 Verdicchio dei Castelli di Jesi Classico 17.5 Drink 2012-2020
Hazelnut and real depth, and with the first signs of age. Savoury, the fruit is still hiding. Almost salty minerality. Bitter grapefruit. Lots of substance, and structure. well built and will last for quite a while. Very long. Begs for food. (WS)

La Distesa, Gli Eremi 2007 Verdicchio dei Castelli di Jesi Classico 15.5 Drink 2009-2015
Very hot and very difficult year and with little acidity. According to Dottori, the elevated levels of volatile acidity saved the wine, as it gives an impression of freshness. Quite sweet and honeyed. Baking spice, sweet brioche and fruit cake. Very round and sweet and extracted and with spiking acidity. A little uneven and hot on the finish. RS is 7 g/l. (WS)

La Distesa, Gli Eremi 2006 Verdicchio dei Castelli di Jesi Classico 16.5 Drink 2009-2017
A very cool year with plenty of rain, but an explosion of heat at the beginning of September, which led to a rash accumulation of sugars. Dottori had to break off his holiday to start harvesting in order to prevent overripe grapes. Very spicy, with brooding sweet fruit. Rich, sweet and ripe and a little rustic but with great grip. The alcohol seems a little biting. (WS) 14.5%

La Distesa, Gli Eremi 2005 Verdicchio dei Castelli di Jesi Classico 16.5 Drink 2008-2018
The vintage was a very cold one with lots of rain, which caused a little bit of botrytis on the ripest grapes. Complex and elegant, but with a peppery prickle. Quite understated on the nose. Fine, ripe mandarin impression on the palate followed by a bitter almond finish. Restrained generosity. (WS)

La Distesa, Gli Eremi 2004 Verdicchio dei Castelli di Jesi Classico 17.5 Drink 2008-2020
2004 is considered a classic year in the Marche. Harvest, in mid October, was quite late and the grapes showed high acidity. There was also the occurrence of a little botrytis, as a result of what Dottori calls a classic Cupramontana climate with rains and cool periods. 2004 is the first vintage he used indigenous yeast. Intense sunflower yellow, almost like a sweet wine. Dark, sweet nose with hazelnut and wax. An energetic charge of fierce acidity. Very lively and tactile. Hints of browning apple and waxy notes but it is a complex whole. Electrifying finish. Tongue-grabbing action. (WS)
14%

La Distesa, Gli Eremi 2003 Verdicchio dei Castelli di Jesi Classico 15.5 Drink 2006-2015
The only wine Dottori acidified with tartaric acid due to the hot year. Compact and savoury nose not giving much away. Merest hint of camomile. Creamy notes and high acidity on the palate, which dies away quickly. Finish is a bit numb and much less complex than I have come to expect. But certainly not a run-of-the-mill Verdicchio. (WS) 14%

La Distesa, Gli Eremi 2002 Verdicchio dei Castelli di Jesi Classico 16 Drink 2004-2016
A vintage with lots of rain, botrytis and high acidity. The deep colour indicates the high level of botrytis, according to Dottori. Very deep yellow. Quite developed on the nose with hints of butterscotch ansd acacia honey, but not exuberant. Very honeyed on the palate and at the same time lots of austere acidity. A little phenolic too. Very long and with lots of freshness on the finish. (WS) 14%

La Distesa, Spumante Metodo Classico 2004 Verdicchio dei Castelli di Jesi Classico 16.5 Drink 2012-2018
Never released onto the market. The base wine was aged for one year in barrique. Disgorged in 2011(!). Deep, straw yellow. Mandarin, hazelnut and a hint of mushroom and baking spice. Very full on palate with lots of substance and literally bags of lemon and mandarin fruit underlined with brioche notes. Pretty lively mousse. Impressive for a first effort. (WS)" 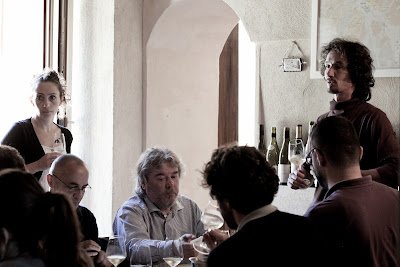 I was wondering if you ever considered changing the page layout of your site?
Its very well written; I love what youve got
to say. But maybe you could a little more in the way
of content so people could connect with it better. Youve got an awful lot of text for only having
one or two pictures. Maybe you could space it out better?

No matter if some one searches for his vital thing, therefore he/she wishes to be available that in detail, so that thing is maintained over
here.

Fellas, subsequent time you buy the capsule, question your companions when they
need to have a person. This could double up the sale in the anti-impotence medicine Cialis.
A recent getting implies the erectile dysfunction pill that has pepped up the sexual daily
life of men is proving to generally be productive in the event of gals struggling
from the sexual disinterest. The investigate underlines which the drugs is effective for ladies approximately it does in
the event of adult males if not a lot more.

Look into my weblog; agree with

wonderful post, very informative. I ponder why the opposite specialists of
this sector do not understand this. You must proceed your writing.
I'm sure, you have a huge readers' base already!

If you are going for most excellent contents like
myself, only go to see this site every day as it offers
quality contents, thanks

Hi there to all, how is all, I think every one is getting more from
this site, and your views are good for new people.

Hi, I desire to subscribe for this weblog to take latest updates, so where can i do it please assist.

Magnificent website. A lot of helpful info here. I am sending it to several pals ans also sharing in delicious.
And of course, thank you for your effort!

Take a look at my page; Sac Louis Vuitton

Just desire to say your article is as surprising. The clearness
in your post is simply cool and i could assume you are an expert on this subject.
Fine with your permission let me to grab your feed to
keep updated with forthcoming post. Thanks a million and please continue the rewarding work.

Hi, I do think this is an excellent blog. I stumbledupon it ;) I may come
back once again since i have bookmarked it. Money and freedom is the best way
to change, may you be rich and continue to guide others.

Feel free to surf to my web-site: Air Max ()

It's truly a nice and helpful piece of information. I am satisfied that you shared this useful information with us. Please keep us up to date like this. Thanks for sharing.

Today, I went to the beach front with my kids. I found a sea shell and gave it
to my 4 year old daughter and said "You can hear the ocean if you put this to your ear."
She placed the shell to her ear and screamed.
There was a hermit crab inside and it pinched her ear. She never
wants to go back! LoL I know this is completely off topic but I
had to tell someone!

I almost never leave comments, however i did a few searching and
wound up here "Undici annate de Gli Eremi". And I do have a couple of
questions for you if it's allright. Is it just me or does it give the impression like some of these responses appear as if they are left by brain dead visitors? :-P And, if you are writing on additional sites, I'd like to keep up with everything new you have to post.
Could you list of every one of your community sites like your Facebook page, twitter feed, or linkedin profile? 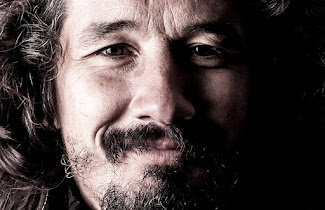